What does it mean to admit the bible has errors?

The quarrel is that Biblical inerrancy is a falsifiable stance and it can be proven false. In this case, if errors are proven in the Biblical text then the stance of Biblical inerrancy is in itself;–TROUBLESOME.If the Bible is found to contain any mistakes or contradictions, the proposition of strict inerrancy is invalid.Granted 99% of the errors in the biblical manuscripts are meaningless so let’s clarify what it means when someone says the bible has errors.(Now this is the wide view of errancy in the biblical by academia, secular and biblical scholars.)  So, when someone asserts that the Bible has errors, the reply by Christian Scholar Jonathon Dodson is:

“Yes, our Bible translations do have errors, let me tell you about them. But as you can see, less than 1% of them are meaningful and those errors don’t affect the major teachings of the Christian faith. In fact, there are 1000 times more manuscripts of the Bible than the most documented Greco-Roman historian by Suetonius. So, if we’re going to be skeptical about ancient books, we should be 1000 times more skeptical of the Greco-Roman histories. The Bible is, in fact, incredibly reliable.”

However, that 1% of errors that everybody talks about, are contextual errors and are vital to the Christian faith, and drastically affect the church & doctrinal issues.  So what does it mean to admit the bible has errors? 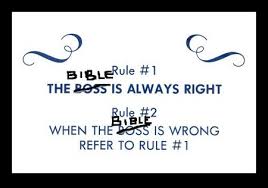 What Happens If Inerrancy Is Denied?

(an excerpt from the publication,The Bible: The Inerrant Word of God By: J. Hampton Keathley, III)

How important is inerrancy? What happens when this doctrine is denied? There are those (and some are even evangelicals) who believe that inerrancy is not important. We do not need to defend the Bible, particularly as it relates to the details of chronology, geography, history, or cosmology or the so-called alleged discrepancies. But how sound is this kind of thinking and how does it stack up with the teaching of the Bible and particularly with what Christ taught?  If the Bible teaches inerrancy, then to deny it is to deny that which the Scripture claims is true.

Further, if the Bible contains some errors, how can we be sure that its claims concerning Christ, salvation, man, etc., are true? Also, the chronology, geography, and history of the Bible are often woven together like strands of a basket with vital spiritual truths. As you cannot start pulling strands out of a woven basket without doing damage to the whole, so it is with the Bible.For instance, is the history of Adam and Eve important? Absolutely, for Paul developed a theological analogy between Adam and Christ which essentially breaks down if it is historically not true.  The Old Testament has dozens of prophecies of the coming Messiah that detail his lineage. If the genealogy of Matthew 1 and Luke 3 are historically inaccurate, then this raises questions about whether Jesus is the one anticipated as well as about the rest of His life.  As Ryrie points out, “Even if the errors are supposedly in ‘minor’ matters, any error opens the Bible to suspicion on other points which may not be so ‘minor.’ If inerrancy falls, other doctrines will fall too.”  If we can’t trust Scripture in things like geography, chronology, and history, then how can we be sure we can trust it in its message of salvation and sanctification?  I recently received an email question regarding the story recorded in the gospels where Jesus delivered two demon possessed men and sent the demons into a herd of swine.  Assuming that the owners of the pigs were Jews (which they were not), the person sending the email doubted the historicity of the account because they could not imagine Jews raising pigs since it was contrary to the law for them to eat pork.  A person believing in the inerrancy of the Bible, would know that the account was historical and accurate.

Therefore, the apparent problem was not in the accuracy of the Scripture, but in their understanding of the event, which was precisely the case.A denial of inerrancy is a serious matter and will lead to the following kinds of problems doctrinally and practically:When inerrancy is denied one may expect some serious fallout in both doctrinal and practical areas.

Some doctrinal matters which may be affected by denying inerrancy include the following.(1) A denial of the historical fall of Adam. (2) A denial of the facts of the experiences of the Prophet Jonah. (3) An explaining away of some of the miracles of both the Old and New Testaments. (4) A denial of the Mosaic authorship of the Pentateuch. (5) A belief in two or more authors of the Book of Isaiah. (6) A flirting with or embracing of liberation theology with its redefining of sin (as societal rather than individual) and salvation (as political and temporal rather than spiritual and eternal).

Some lifestyle errors that may follow a denial of inerrancy include the following. (1) A loose view of the seriousness of adultery. (2) A loose view of the seriousness of homosexuality. (3) A loose view of divorce and remarriage. (4) “Cultural” reinterpretation of some of the teachings of the Bible (e.g., teaching on women, teaching on civil obedience). (5) A tendency to view the Bible through a modern psychological grid. Inerrancy is an important doctrine, the denial or even diluting of which may result in serious doctrinal and life errors.

“The authority of Scripture is inescapably impaired if this total divine inerrancy is in any way limited or disregarded, or made relative to a view of truth contrary to the Bible’s own; and such lapses bring serious loss to both the individual and the Church.” –(Chicago Statement of Inerrancy)

When I first received Christ salvation, I made it a priority to read the whole bible and I did. But it was the Bible that made me question my faith. For I found it flawed and lacking. Due to this I launched a personal inquiry/investigation into my faith, and ultimately realized that the Christian God of the Bible was indeed man-made. Now I Blog about those findings and life after Christ.
View all posts by M. Rodriguez →
This entry was posted in biblical inerrancy, christian faith, confusion, contradiction, deceived, destruction, inerrancy, Johnathon dodson, scripture, textual criticism and tagged inerrancy, inerrant, Johnathon Dodson. Bookmark the permalink.

2 Responses to What does it mean to admit the bible has errors?