Go to Main Menu or Start at the Introductory Page

Reductio ad absurdum (Latin: “reduction to the absurd“) is a form of argument in which a proposition is proven or disproven by following it sequentially to an absurd result.  Another name for this (reductive reasoning) is Proof by Contradiction (which is also called indirect proof), where a proposition is proven true by proving that it is impossible for it to be false.  In simplistic logical form it would look like this:

Reductive Reasoning is really the indirect argument of proving a thing by contradiction.  This is important to know because one of the fundamental rules of logic is the law of non-contradiction.  It states that two contradictory(opposite) statements cannot both be true at the same time.  Reductive reasoning is most useful when dealing with a black-white scenario or a scenario of few choices (preferably two).  Because the proof of the other hinges on the hypocrisy of contradiction of the other.  In other words, in order to verify or falsify the proposition one must resort to logic as a weapon, an act which would be considered logically incoherent.  Here are some examples demonstrating contradiction by proof and using reductive reasoning:

Father:  Where did you go after School Today?

Son: I went to the public library to work on a project.  I’ll probably have to go back tomorrow to finish the project.

Father:  I find that hard to believe, considering the public library has been closed due to renovations all week.  Now do you want to tell where you really were?

Conclusion:  It is impossible to be both studying at the library when it is closed.

*Not the greatest example, but I tried.

These were posted in response to atheist & agnostics.  So, for a Christian, the contradictions are built into his philosophy, -but for the Atheist/Agnostic they are assumed to be living in contradictory philosophy.  (Only picked out the two that made the most sense and was most applicable to the conversation.)

Example 3: (An Apologetics Argument as presented by The Analytical Philosopher)

An Argumentative Proof that Existence is a Great Making Property.

1. Suppose it is false that existence is a GMP.

2. Then existence is either neutral or it is lesser-making.

5. So existence is a property that is better to lack than have.

So we must reject our assumption. Hence:

7. Existence is a Great-Making-Property (GMP).

Now here are is how reductive reasoning in proof by contradiction applies to Faith, Religion, and Atheism.

Christian Attempt of Reductive Reasoning for the Existence of God

Atheist Attempt of Reductive Reasoning to that God does not Exist 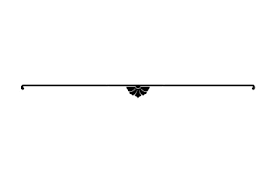 Now the reason why I think reductive reasoning is vital to any critical thinking person, is because it is fundamental in the thought process of logic.  And personally it’s kind of how I see and interpret the Bible, Faith, Religion and God.  I remember when I first learned about logic in my upper level courses in college. My professor gave the example of if you say something is Perfect, how many flaws or errors does it need to no longer be deemed Perfect?  And to what degree of impact does the flaw or error have to be for the object to no longer be deemed Perfect?  –And the answer relies in reductive reasoning.  And the law of Non-Contradiction…….No something can’t be perfect and still have a flaw no matter how many, how few, how small, or how irrelevant the impact of the flaw is.

So I guess I’m begging the question again of why I started the blog and going a little deeper into the topic!  Can Christianity still be true if it is found the Bible is imperfect and flawed?  Can the bible still be perfect and flawed at the same time and still be the inspired word of God.

And, if a man holds this philosophy and lives in contradiction to it, why do they still keep it?

When I first received Christ salvation, I made it a priority to read the whole bible and I did. But it was the Bible that made me question my faith. For I found it flawed and lacking. Due to this I launched a personal inquiry/investigation into my faith, and ultimately realized that the Christian God of the Bible was indeed man-made. Now I Blog about those findings and life after Christ.
View all posts by M. Rodriguez →
This entry was posted in agnostic, apologetic, apologetics, atheist, atheist vs christian, bible, bible contradictions, biblical difficulties, contradiction, god, laws of logic, logic, reason, reasoning and tagged flaw, indirect proof, laws of logic, logic, perfect, proof by contradiction, reasoning, Reductio ad absurdum, reduction to the absurd, reductive reasoning. Bookmark the permalink.

13 Responses to Reasoning with Faith, Religion, and Atheism…Reductive Reasoning (Part 4)