Go to Main Menu or Start at the Introductory Page

The Final Thought of Reason

“Thinking begins only when we have come to know that reason, glorified for centuries, is the stiff-necked adversary of thought.”-Hannah Arendt quotes 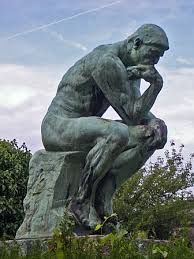 The Final thought of reason, “…rationality expresses itself both through its openness for being tested and examined by the combined knowledge that arises in different cognitive spaces, as well as in its disposition to incorporate data, insights and experiences that emerge from the margins of its own cognitive sphere. Theology is an act that by nature seeks these liminal spaces to thereby exercise a mode of intelligence that joins the apparently disjoined, disconnected, and fragmented. And so, by placing itself in this framework of dialogue, theology may offer a space of integrated interpretation revealing the underside-ground which sustains and enriches present realities (Clayton and Knapp, 1996, 135). In short, theology reveals itself as a transdisciplinary space integrating several rationalities and forms of human knowing (Cfr. Nicolescu, 2001).” (Reasoning Theology by Dr. Guillermo Hansen)

a) Validity:  If the true reason of argument is true irregardless of perception; it would methodically be true and valid.  In other words, the reason in the structure of argument would absolutely guarantee the truth of conclusion.
b) Strength:  Strength is a matter of valid premises and evidence.  It applies to arguments that are valid. Arguments can have degrees of strength, but the perception of the degree of strength may be cumulative.

These two logical certainties for true reasoning are mutually vital for truthful argumentation and sound conclusion; —Valid arguments and —Strong arguments. So I guess that leads to the final rhetorical question—, Is perceived reasonable arguments the most probable truth?

In summary all forms of rationality & reasoning is good for our brains and souls.  If I had to conclude this series, I wouldn’t go through all the forms of reasoning, but just the most impactful in our endeavors, -in our search for objective biblical truth.

When I first received Christ salvation, I made it a priority to read the whole bible and I did. But it was the Bible that made me question my faith. For I found it flawed and lacking. Due to this I launched a personal inquiry/investigation into my faith, and ultimately realized that the Christian God of the Bible was indeed man-made. Now I Blog about those findings and life after Christ.
View all posts by M. Rodriguez →
This entry was posted in faith, philosophy, reasoning, systematic theology, theology, youtube and tagged Guillermo Hansen, Hannah Arendt, logic, philosophy, reasoning, religion, The thinker, theology. Bookmark the permalink.

1 Response to Reasoning with Faith, Religion, and Atheism…The Final Thought of Reason (Part 9)